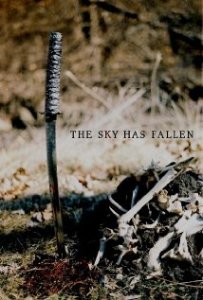 The zombie sub-genre, for me, got stale very fast.  While I enjoy a good zombie flick, my motivation for seeking out new ones out is pretty low at this point.  However, The Sky Has Fallen isn’t just another throwaway zombie film; there’s a lot more going on here than basic survival in a post-apocalyptic world ravaged by the undead, and I thoroughly enjoyed it.

Winner of Best Feature at the 2009 Freak Show Horror Film Festival and Best Horror Feature at the 2009 Indie Gathering Film Festival, as well as  nominated for Best FX at the 2012 Maverick Movie Awards, Doug Roos’ The Sky Has Fallen is a feature deserving of its accolades.  Furthermore, the fact that it’s all practical effects is sure to make it even more appealing to horror fans.  However, as good as the practical effects are (and believe me, they’re good), The Sky Has Fallen’s main strengths lie in its characters and story; both of which are well-developed and interesting.

A post-apocalyptic love story which is heavy on both drama and horror, The Sky Has Fallen follows Lance (Carey McLaren) and Rachel (Laurel Kemper); 2 strangers who meet through unfortunate circumstance, who must battle their way through the wilderness against swarms of the undead. Sound too familiar?  Well, it isn’t.  These zombies are merely puppets used for killing by a more sinister force – a mysterious clan of shadowy figures with extraordinary abilities, which happen to include raising the dead and controlling them at their whim.

The Sky Has Fallen is a beautifully haunting story, aided by a fantastic original score which enhances its emotional impact.  Of course, without characters to root, there would be no emotional impact whatsoever, and Kemper and McLaren do a great job playing the protagonists, while possessing an on-screen chemistry which makes their relationship and quest for survival one worth rooting for – and gives the story a very human core.  If that sounds off-putting to horror fans looking for blood and guts then fear not; the best thing about this movie is how refreshingly original it is, but it never shy’s away from being gruesome when the opportunity arises.  And it’s glorious. 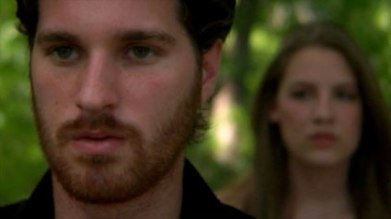 By stripping things back, The Sky Has Fallen goes far.  It’s a low-budget, character driven story, rich in texture and ambitious in its storytelling.  It applies the ethos of classic Kurowasa samurai movies to modern post-Apocalyptic horror to create a haunting, yet compelling story of mystery, violence, action, loss and love – with plenty of zombies, mysterious horrors and red stuff thrown in for good measure. This is a great piece of independent filmmaking I urge you all to support. You can find a copy HERE.  8/10