When I started blogging, I did so with the sole intention of meeting like minded film fans to share and discuss my passion for cinema.  However, one person I discuss movies with all the time is my good buddy Tyler Hosley.  If you read my blog and wonder how I come across certain movies, you can bet a good percentage of the time it’s because of Tyler. Our tastes are similar, yet in many ways so different and it always makes for some amazing film chat.  Anyway, I asked Tyler to be a guest on my little blog so he could discuss a type of cinema we’re both fond of – Drug. Below is a list of some of Tyler’s favourite movies about people who like to puff the magic dragon, with his reasons for loving them so much.  I hope you enjoy his picks and hopefully find some recommendations as a result. 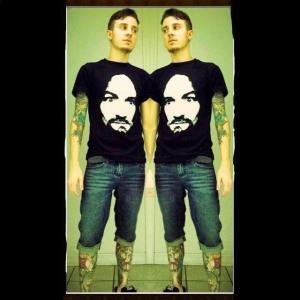 Drug films have just always been my thing, whether it be people snortin’ coke, shootin’ heroin’, droppin’ acid, smokin’ meth, suckin’ on that crack pipe, takin’ handfuls of oxycontin while on PCP and fucking his AIDS infected junkie girlfriend in the ass, if the movie has characters doing drugs, trust me, I’m on that shit like crabs in a street whore’s bush! Anyways…yes, I love drug cinema, it’s my favorite sub-genre of all time, if the sub-genre had a pussy, I’d most likely fuck it, but yeah, here’s a list of 15 of my own personal favorite drug flicks, I’ll keep it at 15, because if not, I’ll probably keep taking & talking and list 300 movies….in no particular order:

SPUN– probably the most authentic look into the life of speed/meth addiction. It’s grungy, dirty, and beautifully over the top!

REQUIEM FOR A DREAM– Not much to say about this one that hasn’t been said thousands of times in the past, so I’ll leave it with a……ASS TO ASS!

THE BASKETBALL DIARIES– A masterpiece! I’ll never forgot the first time I saw this movie, I knew DiCaprio was gonna be a star! It truly is a perfect film, and fantastic soundtrack, too! Fun fucking fact, this is actually the movie that inspired my little short film ‘Junkie’ SHAMELESS PLUG ALERT! wink emoticon

SCARFACE– More of a gangster film, but you can’t have a list of drug movies without the cocaine king of Miami Tony ‘fucking’ Montana being on it!

LIFE IS HOT IN CRACKTOWN– Bleak, brutal, and relentlessly depressing, Buddy Giovinazzo doesn’t hold back here, and delivers one of the best crime/drug flicks of the 2000’s! The movie opens with a brutal gang-rape, so you pretty much know what you’re in for within’ the first five minutes!

ENTER THE VOID– A neon lit, drug-fueled piece of art! I can guarantee you’ll never see anything like this ever again, Gaspar Noe once again proves he’s a living goddamn legend of filmmaking!

GIA– The story of Gia Carangi and her bleak downward spiral of heroin addiction & her contraction of AIDS! It’s such an amazing film, with my personal favourite performance by Angelina Jolie, who so happens to by my favourite actress of all time.

THE SALTON SEA– Val Kilmer’s finest hour, along with Vincent D’Onofrio’s fucking incredible performance as drug dealer ‘Holland Dale “Pooh-Bear” Monty’ if you’ve seen this movie, then you’ll agree, if not, you’re wrong and you suck at life…..I’m just kidding, I promise, you don’t suck at life, you just suck at movie watching!

TWEEK CITY– One you probably won’t see on many lists of ‘favorite drug films’ but it should be! A very raw, little micro-budgeted indie drug film, with a great performance by the always awesome Giuseppe Andrews!

CANDY– Probably some of most realistic withdrawal sequences to ever grace the screen! A junkie love story, with two absolutely amazing performances by Heath Ledger & Abbie Cornish! I love this movie to death, it truly warms my depressing cinema loving heart!

DRUGSTORE COWBOY– Every time I watch this movie, it inspires to form a crew, and rob Pharmacy’s for prescription drugs!

THE PANIC IN NEEDLE PARK– This would actually make the perfect double feature with Candy! Another excellent junkie love story, with some brutally realistic shooting-up sequences, one of the best flicks of the 70’s!

COOK COUNTY– This movie wallows in beautiful, dirty, meth-addicted, white trash filth! I have a raging boner right now just thinkin’ about it!

TRAINSPOTTING– You’ll see this one on every list, so I’ll keep it short! Is & will always by my favorite Danny Boyle film!

CHRISTIANE F – Heroin addiction & soundtrack by David Bowie! That is all

So there you go, 15 of my personal favorite pieces of drug cinema!, and if that list doesn’t inspire you and your buddies to go stick a needle in arm & smoke some meth, then I really didn’t do my fucking job!

There you have it: Tyler’s favourite movies about drugs.  What would your choices be?